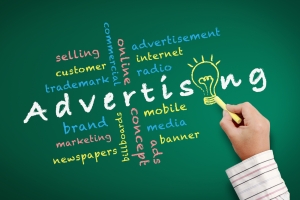 In too many companies, advertising is seen as throwing money out the window by finance and sales. The reason? Because brand managers don’t have ads that increase sales.

Brand managers do an awesome job of taking a lot of information and turning it into clear, compelling communications. Don’t make their job and harder by not following these 5 simple tips for creating more effective advertising.

Many advertising budgets are only managed by brand managers. The money is owned by the product managers – who are really fighting against one another for their unfair share of the budget. Since dollars are so tight, they are expected to work harder than ever. That means everything and the kitchen sink gets put into the ad.

Tip #1: Have a goal that sales and finance agree to

No matter how simple this one sounds, it’s true. The agreement on what you are trying to do has to be a shared and bought-into goal. The CFO has to see a return on investment and the sales team has to believe that you aren’t wasting money that they’d just as soon like to use to lower prices.

Which is why driving sales is a logical goal for both the finance team and the sales team to agree to. And from experience, the product manager isn’t going to be too upset either.

Remember that product manager trying to drive sales? They now want this ad to be as broad as possible. Here’s an example that building product companies can relate to: having an ad that is written so generically that it “covers” architects, builders, remodelers, dealers, home centers and any consumers that see it too. Hello – that’s talking to no one.

Being able to focus on a specific group will allow the team to really dive into what make the product relevant for that group.  Having meaningful insights allow the team to write with benefits in mind, not a bunch of generic features.

Tip #3: What ONE THING do you want them to do

This is maybe a nice way of saying have a single message in your ad. With a single purpose behind that message. Let’s keep blaming the product manager (and I was one for many years).

That one magical ad has to move the needle. And that means throwing in as many products, features, and accessories as the space will hold. Stop! Even if your goal is education, don’t make the ad do the work for you. No one will read the ad and it certainly won’t increase product sales.

Tip #4: Give them a reason to do it with a clear call-to-action

Don’t lose your single-mindedness now, it’s go time. Turn the tables on the product manager. Is there an incentive that can be used to drive sales? A discount on an first purchase, a BOGO, a promotion, a coupon? Even if your goal is to only drive a lead, create incentives that will not only deliver the greatest numbers, but also the highest quality.

Tip #5: Don’t be afraid to be creative but the goal isn’t to win awards

You’ll find the team is more creative when the problem is focused on delivering against a very specific goal in a simple and compelling way. Don’t mistake this process as being easy. Having a narrow focus and a simple message is difficult and feels like you are making compromises.

By the same token, the goal isn’t awards, it’s sales. You’ll never see the sales team point to an ADDY, but they will certainly point to their sales charts – especially when they are overdriving their goals.